How To Start A Revolution – actions, archives, bored rebels, the musical...

So what was it like before everything went hell-bent batshit crazy? Enter Prof.Dr. of Pseudology, Anna McCarthy, with her HOW TO START A REVOLUTION book and its endless footnotes and twists and turns. She explains to us the chronology of politics and personal occurrences through this haze of a microcosm.

HOW TO START A REVOLUTION is a multi-layered work that deals with clichés of rebelliousness. It is embedded in socio-political events from 2007 to 2015 and their mediated and subjective reception. It deals with rebellion in limbo, in which change seems ominent, mirroring the current political atmosphere. Geographically anchored in Munich and Bavaria, it reaches beyond the local peculiarities and relocates them into the context of historical global events. A microcosm of reoccuring people and places stand in as exemplary figures for global events in a humorous, absurd, and critical manner. Examples are documentaries such as 'Bored Rebel in Oberpfaffenhofen' or ridiculously provocative political actions in public spaces, numerous "in-flux" archives, a pathetic musical, which was first performed in 2013 at Haus der Kunst, and even a permanent installation in Tito’s ex-Bunker in the hills of Bosnia and Herzegovina.

At Hopscotch Reading Room in Berlin on the 12th July and in the Kunstverein Munich on the 26th of July 2019, Anna McCarthy will present her brand new 300-page self-published artist edition of HOW TO START A REVOLUTION (2007-2015), including 11 Risograph prints printed at Extrapool/Nijmegen.

Afterwards, one can expect drinks, music and dancing shared by numerous bored rebels. 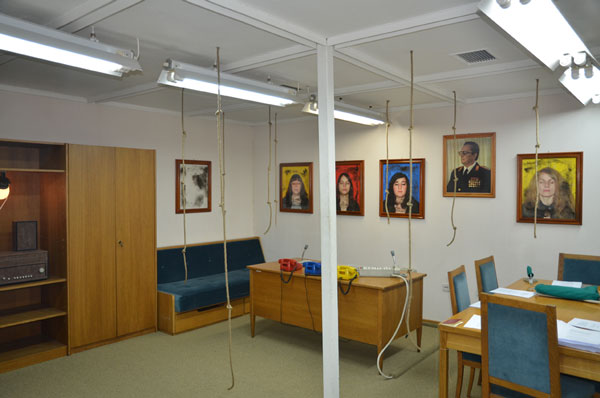